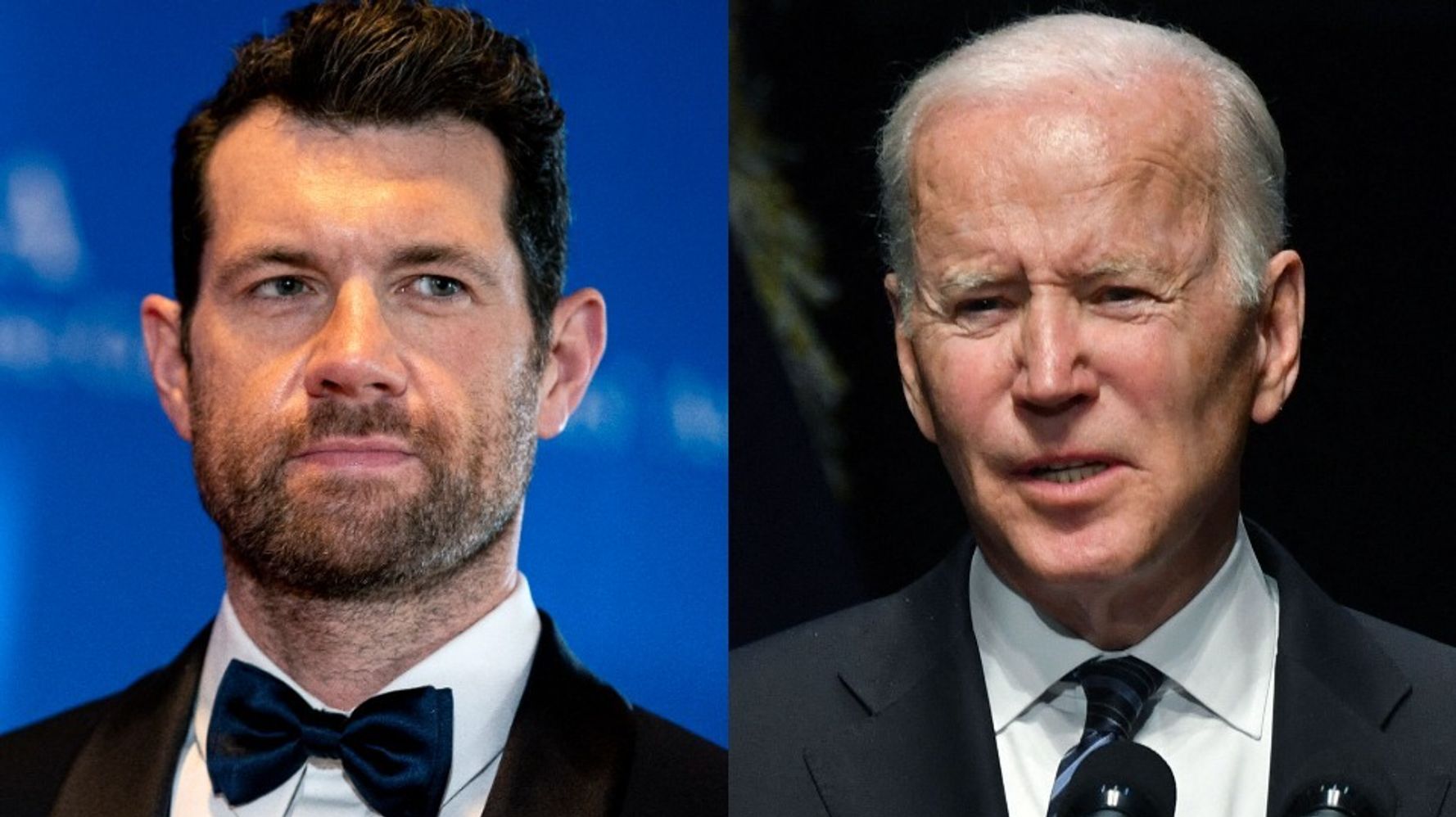 Billy Eichner was left beaming with pleasure this weekend after an surprising shout-out from President Joe Biden.

The president went on to counsel that Eichner ought to host NBC’s “Meet the Press,” including: “Perhaps they’ll begin to watch it once more.”

Eichner appeared legitimately touched by the gesture and gleefully relived the second on social media.

Final evening President Biden gave me this very surprising shout out through the White Home Correspondents dinner, which is a really, very loopy factor to occur. Thanks for the point out, @POTUS! Can’t wait so that you can see BROS!!! pic.twitter.com/u9Y79dJAxN

In a follow-up tweet, the “Billy on the Avenue” host leaned in on Biden’s “Meet the Press” joke.

“I’m coming for you, Chuck Todd,” he wrote and tagged Todd, who has moderated this system since 2014. He additionally quipped about taking up for outgoing White Home press secretary Jen Psaki, who’s leaving her place to begin a brand new function at MSNBC this month.

Eichner additionally acknowledged the importance of the second with a nod to his father, Jay Eichner.

“On the danger of being sentimental AF, my dad was a Korean Battle veteran and a really patriotic man and nothing would’ve made him happier than this,” he tweeted.

Eichner, who returns to the massive display this September within the gay-themed comedy “Bros,” was amongst a host of stars to attend the primary in-person White Home Correspondents’ Affiliation dinner since 2019. Hosted by Trevor Noah, the occasion additionally drew Pete Davidson, Kim Kardashian, Drew Barrymore and Martha Stewart.

In an interview with People revealed forward of the occasion, Eichner mentioned he was excited to participate within the “unusual intersection of Hollywood and politics.”

“Hollywood and the tradition have at all times been a step forward of what the politics have been,” he added. “And that’s been very, very useful for individuals like me.”